You should have your trees inspected once a year to make sure they are safe and there is no structural or declining issues with them. If you feel your in need of tree service in Dunedin and want someone that will do the right thing for you and your trees, Call us. The Tree Feller of Pinellas is a local tree service company serving Dunedin.

Just a reminder, tree removal in Dunedin or anywhere for that matter can be exceptionally dangerous if you do not know what you are doing. Many people die every year in the United States attempting to cut down trees without the proper training or certification. Also, depending on where you live or what type of trees you are trying to cut down, it might be against the law without the proper permits in place. For larger tree removal or trimming, you will need specialty equipment and safety gear to do it properly. For this and many other reasons, it is foolish to try to do it on your own. You should hire an experienced tree removal company in Dunedin, Palm Harbor or Clearwater to do the job for you!

What happens to overgrown trees in Dunedin?

In the Dunedin, Florida area we can be subjected to out of no where downpours one minute and sunshine the next. Our warm climate allows for rapid growth which can lead to problems for trees. Overgrown trees often have weak branches that have the risk of breaking off when a thunderstorm or heavy winds blow through the city. When dead or weakened branches break, there is a very real possibility of damage to structures, power lines and cars. Weak branches also pose a threat to you, your family and, if you are a business owner, your employees and customers. Overgrown trees may also be dangerously close to power lines which can result in a loss of power for days while a repair person fixes the line. To avoid these headaches call a local tree service in Dunedin, Florida today if you feel your trees may be in need of work.

Dunedin /dəˈniːdɪn/ is a city in Pinellas County, Florida, United States. The name comes from Dùn Èideann, the Scottish Gaelic name for Edinburgh, the capital of Scotland. The population was 35,321 at the 2010 census.

Dunedin is sandwiched between Clearwater and Palm Harbor and is home to several beaches, including Dunedin Causeway, Honeymoon Island, and Caladesi Island State Park, which is consistently rated among the best beaches in the world. Dunedin is one of the few open waterfront communities from Sarasota to Cedar Key where buildings do not completely obscure the view of the Intracoastal Waterway and the Gulf of Mexico beyond; a 1-mile (1.6 km) stretch of Edgewater Drive (also known as Alternate US 19) south of downtown offers views of St. Joseph Sound, Clearwater Beach, and Caladesi Island. Downtown Clearwater and Clearwater Beach are a 6-mile (10 km) drive south on Edgewater. 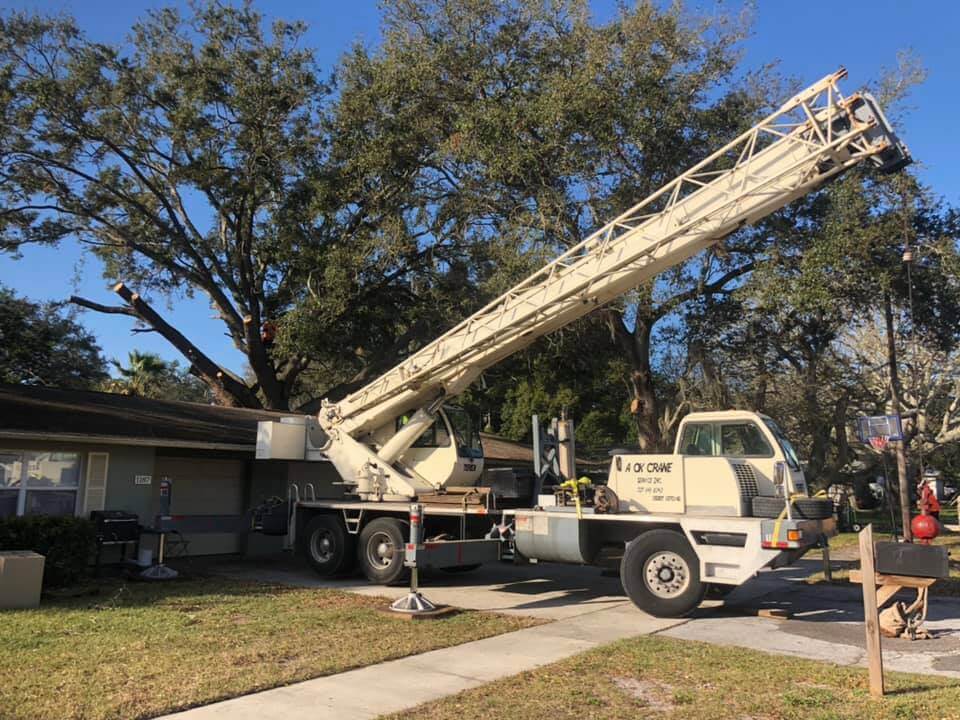