Need tree service in Safety Harbor, Fl? The Tree Feller of Pinellas is a full service, affordable tree service company in Pinellas County. He is also a certified arborist.

The Tree Feller is a certified arborist in Safety Harbor and tree care expert in Pinellas County. We will take complete care of all your tree service needs. Tree Removal can be dangerous and should be handle by a professional and a trained tree service company. We are Licensed and Insured in the city of Safety Harbor and can handle any job you have.

You should have your trees inspected every so often to make sure they are safe and there is no structural or declining issues with them. If you feel your in need of tree service in Safety Harbor and want someone that will do the right thing for you and your trees, Call us, The Tree Feller of Pinellas is a local tree service company in Safety Harbor and a former fire fighter of Pinellas County.

Just a reminder, tree removal in Safety Harbor or anywhere for that matter can be exceptionally dangerous if you do not know what you are doing. Many people die every year in the United States attempting to cut down trees without the proper training or certification. Also, depending on where you live or what type of trees you are trying to cut down, it might be against the law without the proper permits in place. For larger tree removal or trimming, you will need specialty equipment and safety gear to do it properly. For this and many other reasons, it is foolish to try to do it on your own and you should hire a experienced tree removal company in Safety Harbor, Palm Harbor or Clearwater to do the job for you!

What happens to overgrown trees that don’t get serviced

In the Safety Harbor, Florida area we can be subjected to out of no where downpours one minute and sunshine the next. Our warm climate allows for rapid growth which can lead to problems for trees. Overgrown trees often have weak branches that have the risk of breaking off when a thunderstorm or heavy winds blow through the city. When dead or weakened branches break, there is a very real possibility of damage to structures, power lines and cars. Weak branches also pose a threat to you, your family and, if you are a business owner, your employees and customers. Overgrown trees may also be dangerously close to power lines which can result in a loss of power for days while a repair person fixes the line. To avoid these headaches call a local tree service in Safety Harbor, Florida today if you feel your trees may be in need of work.

The City of Safety Harbor

Safety Harbor is a city on the west shore of Tampa Bay in Pinellas County, Florida, United States. It was incorporated in 1917.

Just to the West of Safety Harbor is Clearwater and it’s beautiful beaches. A little further southwest of that is the town of Largo. 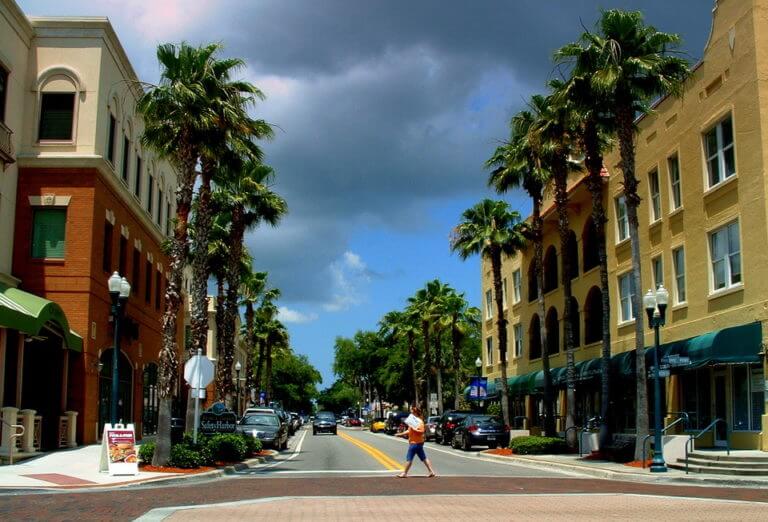